HOME OF THE TUSTIN TILLERS

Alma Mater, Alma Mater
Deep graven on each heart,
Shall be found unwavering true
When we from school shall part. 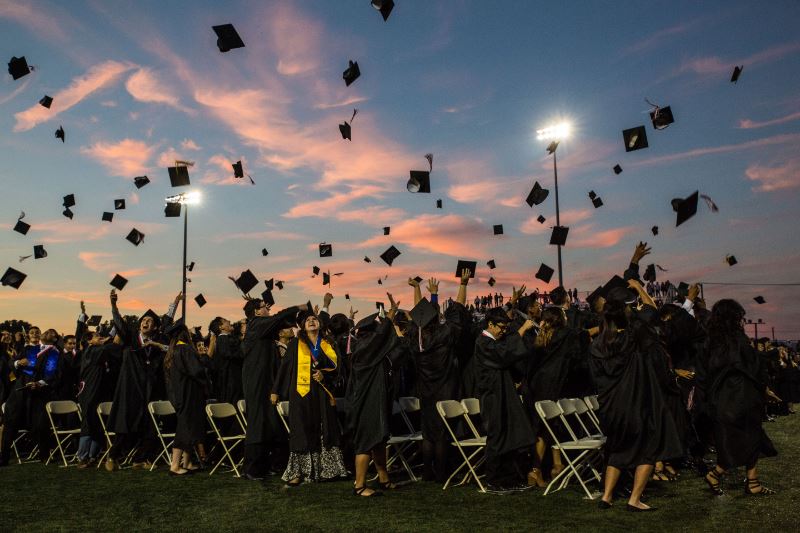 Tustin High School will prepare confident graduates for the demands and opportunities of the future by providing differentiated, relevant, and rigorous curricula utilizing twenty-first century strategies and technology. The Tiller Team will continue to foster a school community that embraces diversity.

The mission of Tustin High school is to serve our students with the understanding that diversity of gender, physical and mental ability, culture, and background is a strength to be respected. By providing a diversified and rigorous curriculum, students will achieve 21st century core competencies and develop skills necessary to ensure college and career success.

The Tiller Family is a “Team” that produces graduates who:

Think critically across the curriculum through:

Manage time and resources effectively by: 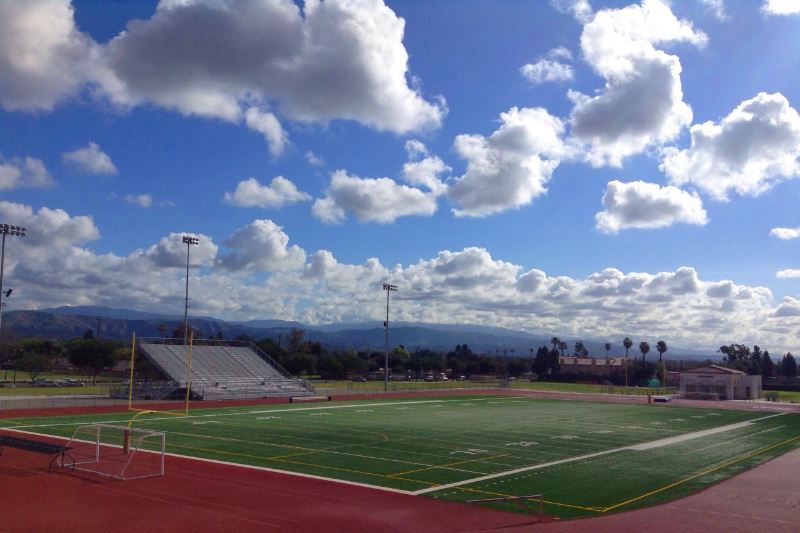 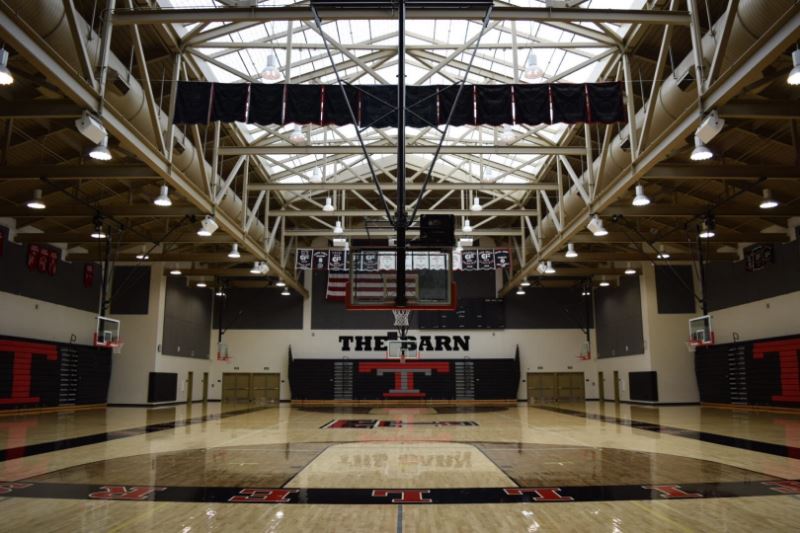 Founded in 1921 as Tustin Union High School because it served five elementary districts, Tustin High School was a stately two story structure surrounded by miles of orange groves and other agri-businesses, thus the school mascot, Tustin "Tillers". In 1966, construction crews rebuilt Tustin High to a one story sprawling campus to ensure the integrity of structures during a major earthquake.

The football stadium (newly renovated) was constructed at the 440 track in the mid-1940s. The stadium was later named “Northrup Field” after Orville Northrup, who taught woodshop and physical education, and served as Principal of Tustin Union High School from 1941-1962.

We genuinely appreciate the Tustin Community for supporting the Measure G and Measure L bond measures, which funded the building and modernization of these beautiful facilities on our campus. Every day our staff and students experience and are inspired by the culture and ambiance of a university/college campus right here in the City of Tustin. 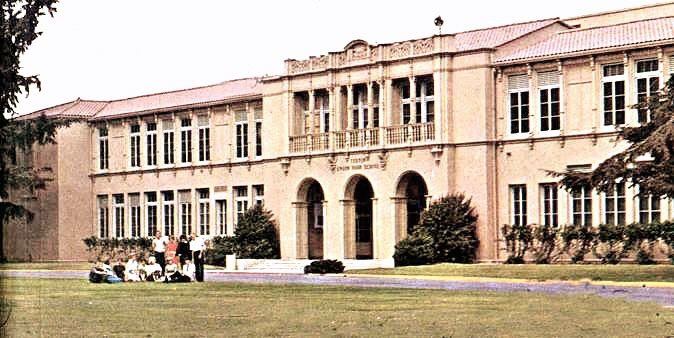 Click on the links below to view award descriptions:

TUSD TEACHER OF THE YEAR PROGRAM

The Tustin Unified School District’s annual awards program recognizes outstanding teachers who have displayed extraordinary teaching, creativity and excellence at their school and community. Winners and all the District’s nominees are honored at the annual Teacher of the Year Dinner in May. The event is co-sponsored by the Tustin Public Schools Foundation and the Tustin Unified School District.

Read about our Tiller Teachers of the Year using the buttons below!

Click on the links for more information about our individual programs:

"If you don't step forward, you're always in the same place. If you don't ask, the answer is always no. If you don't go after what you want, you'll never have it." ~Nora Roberts 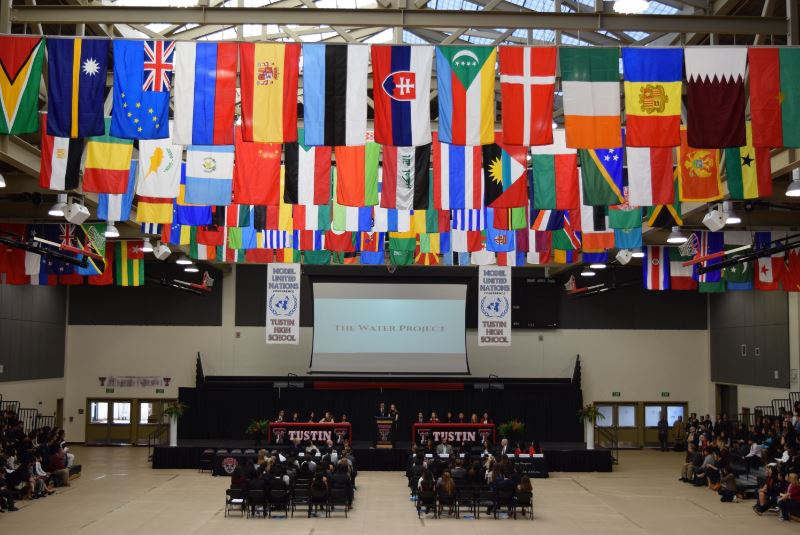 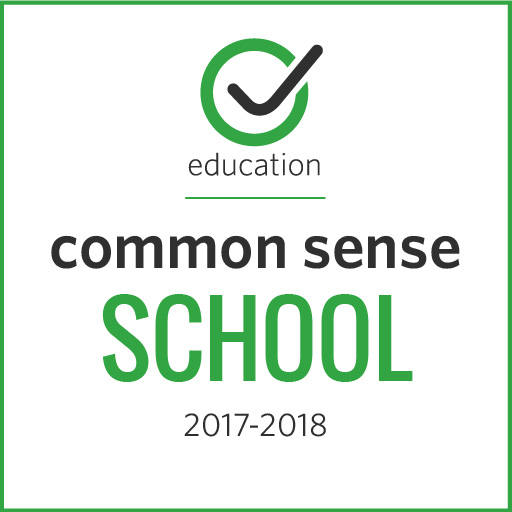 Common Sense, the national nonprofit organization dedicated to helping kids and families thrive in a world of digital media and technology, has recognized Tustin High School as a Common Sense School for the 2017-18 school year.

Tustin High School has demonstrated its commitment to taking a whole-community approach to preparing its students to use the immense power of digital media to explore, create, connect, and learn, while limiting the perils that exist in the online realm, such as plagiarism, loss of privacy, and cyberbullying. The recognition acknowledges our commitment to creating a culture of digital learning and citizenship.

“We applaud the faculty and staff of Tustin High School for embracing digital citizenship as an important part of their students' education,” said Liz Kline, VP, Education Programs, Common Sense Education. “Tustin High School deserves high praise for giving its students the foundational skills they need to compete and succeed in the 21st-century workplace and participate ethically in society at large.”

Tustin High School is committed to perpetuating a culture of digital learning and citizenship for all of our students and school community.

Tustin High School has been named to the 2018 - 2019 Educational Results Partnership Honor Roll for its high achievement in student success. The program, sponsored by the Campaign for Business and Education Excellence (CBEE), is part of a national effort to identify higher-performing schools and districts that are improving student outcomes. Tustin High is one of 1,834 public schools in California to be recognized.

“The Honor Roll is the only school recognition program in California based solely on objective achievement data,” said Marilyn Reznick, ERP’s board chair. “Schools don’t even know they’ve earned the honor until we tell them. Our goal is to guide other educators to data-informed best practices for raising student achievement.”

“ERP is all about improving educational equity and promoting career readiness for all students, regardless of their family income, background or ZIP code,” said James Lanich, Ph.D., ERP president and CEO.  “These Honor Roll schools and districts are living proof that our students can succeed when schools are committed to removing educational obstacles and accelerating student success. By focusing attention on these bright spots among our schools, we hope to change the conversation from ‘what’s wrong’ to ‘what’s working,’ and encourage others to replicate their success.”

In California, the ERP Honor Roll is supported by numerous businesses and organizations, including the Campaign for Business and Education Excellence (CBEE) Macy’s, Enterprise Holding Inc., the Auto Club of Southern California and, Wells Fargo.

The Tustin High School Challenge Success Team believes that a narrow definition of success, one which overemphasizes grades, test scores, and performance, allows little time for kids to develop the essential skills needed to become independent, ethical, and critical thinkers. Our aim is to help keep our kids in balance- Healthy, Engaged Kids.

“Tustin High School will ensure that all parties are authentically engaged in challenging and purposeful learning while minimizing stress and valuing each member of the community.”

Tustin High is taking the next step toward successfully achieving our school’s mission of fostering a community that supports student diversity and values the backgrounds of all students. We aim to enrich the overall educational experience for all of our students. We believe that students who feel valued and experience a sense of ownership in their school community are more likely to be successful in all of their future pursuits.

The Mental Wellness Taskforce will be coordinating wellness related events, activities, and workshops for students throughout the school year.

In May, we kicked off our Wellness Initiative with the Mental Wellness Fair. It focused on a different topics and provided students with coping strategies they can use any time they are feeling stressed and overwhelmed.

Throughout the year, the Wellness Taskforce will continue to support students and staff with Mindful Monday events on the first Monday of every month. So far, our themes have included: Blue Up for Bullying Prevention, Cultivate an Attitude of Gratitude, Lend a Hand, and Spark Something New. With the support of student clubs, programs, departments, and the THS PTO, we are working toward creating an environment that supports the social and emotional needs of our students.

In May 2022, the Wellness Taskforce put together a day of activities related to Mental wellness with the support of student organizations and local agencies. to view the images from the event, please click here